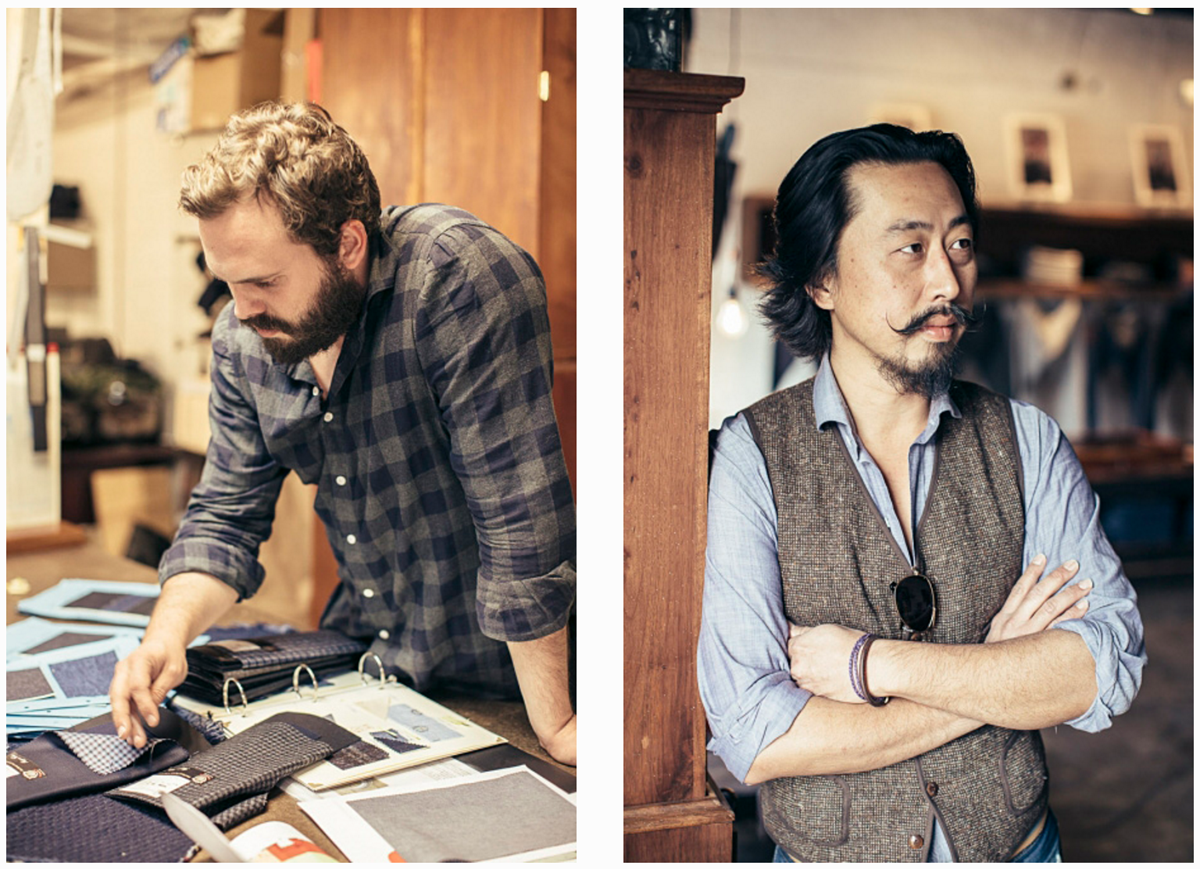 When you get a pair of Shockoe jeans, your order comes with an “Owner’s Manual” notebook. The preface of the notebook includes denim-care suggestions, as well as a short essay entitled "Love and Abandon." In the essay, you encounter this passage:

The word "rage" stuck with me. During our December visit, Matt and I sat down for a chat. We started talking about his decision to leave a venture-capital firm in Richmond and work at Shockoe full-time. The topic quickly changed to rage. It's such a strange word for a company to use to describe itself, but as it turns out, "rage" is the most important single word—besides "atelier," of course—that you need to understand in order to grasp the Shockoe brand as a whole, and Pierre, Anthony, and Matt as individuals.

This wasn't just another business opportunity for you, was it? You seem to really live and breathe this.

I think there's a real market out there for our product, but then more fundamentally, it's a product, men’s clothes, that I have always loved. So that was a real opportunity for me. And more fundamentally than that even, more than just an affinity for the product, there was a real sort of shared—I don't know the right way to describe it—but there's like a shared soul with the people, which I think is even rarer.

The thing at the gut that makes you even ask, “Why I’m doing this?”—that gut level is shared between Pierre, Anthony, and me, and I think it's because we have similar life experiences. The way that I grew up is not dissimilar from the way Anthony grew up: sons of immigrants, basically. My dad was in a different world altogether than Pierre, but that immigrant experience, I think, really shapes people—especially if you're the son of an immigrant. Growing up in that household probably looks more similar than dissimilar.

What are those similarities?

Well, fundamentally it's this thing where you're a stranger. You're a foreigner and you come to a country and you try to make your way and you run into these roadblocks. First of all, you don't speak the language. That's the most obvious one, but then you don't speak the culture either. I think our fathers were very similar, in that back at home they were part of the elite. They had it all together at home; they had it all set up for them, and then for various reasons it just didn't work out. So they have this sense of, "These people I’m interacting with every day here in the States, like the guy at work who's my boss or the guy who is buying something from me, these people look at me—and I know that what they see isn't who I am."

When you're in the back seat of a car, and you do speak the culture and you do speak the language and you see … my dad—I know who he is really, but I’m also seeing him objectively and seeing who he is in the context of daily life in America and that's not who he really is. Seeing that struggle I think shapes you, and so a lot of the rage that we talk about—which I think has fueled American ingenuity for generations and generations—it is a rage. I think that's where that rage comes from: It's the need to bridge that chasm between who you are inside, who you know yourself to be, and how the world sees you.